School of Rock, Highwood has been a staple in our family since September, with a high priority to attend every weekly private guitar lesson and weekly jam. My daughter has gained confidence and a brand new skill through her music and she’s even stepping outside her comfort zone with song writing (not required)! In this interview we chat with Maggie Weber Gherke, General Manager for School of Rock Highwood and School of Rock Evanston, to learn more about the history the 24-year-old establishment and what sets it apart!

Please introduce yourself. Where did you grow up? Where do you live now? How long have you worked for or owned School of Rock?

I’m Maggie Weber Gherke, General Manager of both School of Rock Evanston & Highwood. I’m originally from Champagne, IL and have been in Chicago now for almost fifteen years. My husband, Craig, and I are loving cat-parents to our Siamese, Sinatra. I’ve been with the Schools of Rock Evanston and Highwood now for almost six years. I started as an Assistant Manager in Evanston, and grew from there. I’ve been the General Manager now
for almost four years.

How long has School of Rock been established? How long has the Evanston and Highwood locations been open?

School of Rock, the corporate company, was originally founded as the Paul Green School of Rock Music, introducing a new methodology of teaching music to students in 1996. Paul Green discovered the power of performance-based music education when he started inviting his private students to begin jamming with each other. When Paul Green saw how introducing the group dynamic helped his students to grow as musicians exponentially, the School of Rock was born. The signature programming provides students with a curriculum that combines both private lessons, and group rehearsals that work towards performances throughout the year. The Highwood (2007) and Evanston (2009) locations were in the first 20 locations to be opened around the country. Today there are hundreds of Schools of Rock worldwide. We have been on the journey with School of Rock Corporate since just about the beginning, and contributed to the worldwide stage along the way. 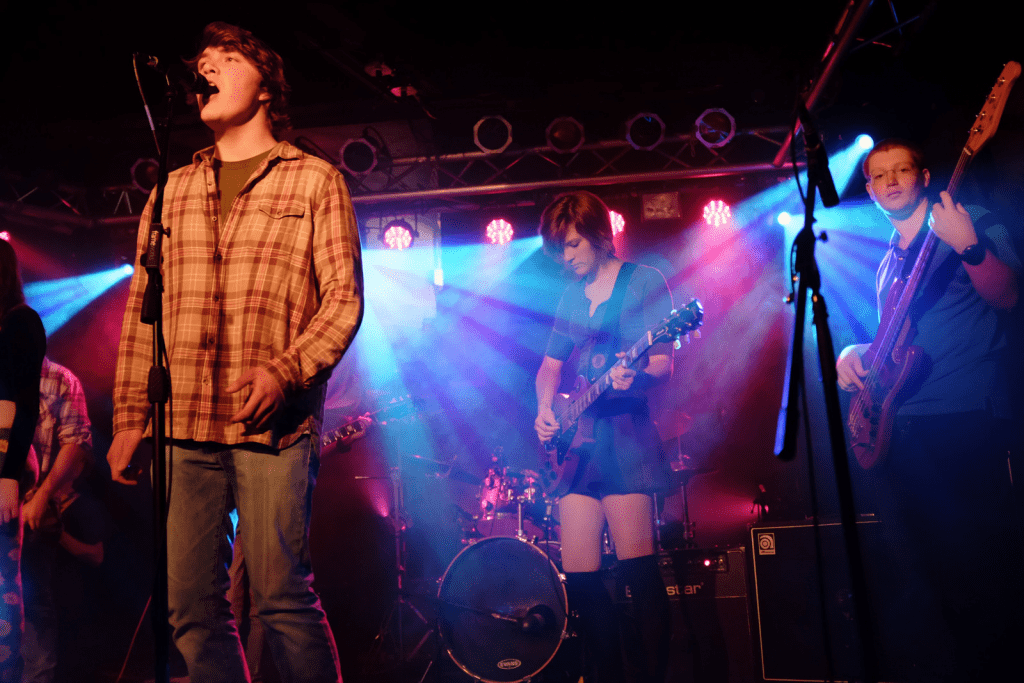 Schoolhouse Rock – whew! Throwing it back to the 70s, there! Then came our School of Rock, the music school, and finally in the early 2000s, the movie. The movie does, purportedly, take some of its inspiration from the School of Rock brand.

What instruments do you specialize in? What is the age min and max? How are your lessons structured?

We primarily teach Guitar, Bass, Drums, Keys, Vocals, and Ukulele. That said, some of our teachers specialize in expanded percussion, brass, etc. We take students into our signature programs, at any experience level, generally from the age of 7-17. We also have a thriving adult program for highschool graduates – seniors. All of our programs include a weekly private lesson, and weekly group rehearsal. Depending on the age / experience level of the student, the lengths of lessons and rehearsals varies slightly. 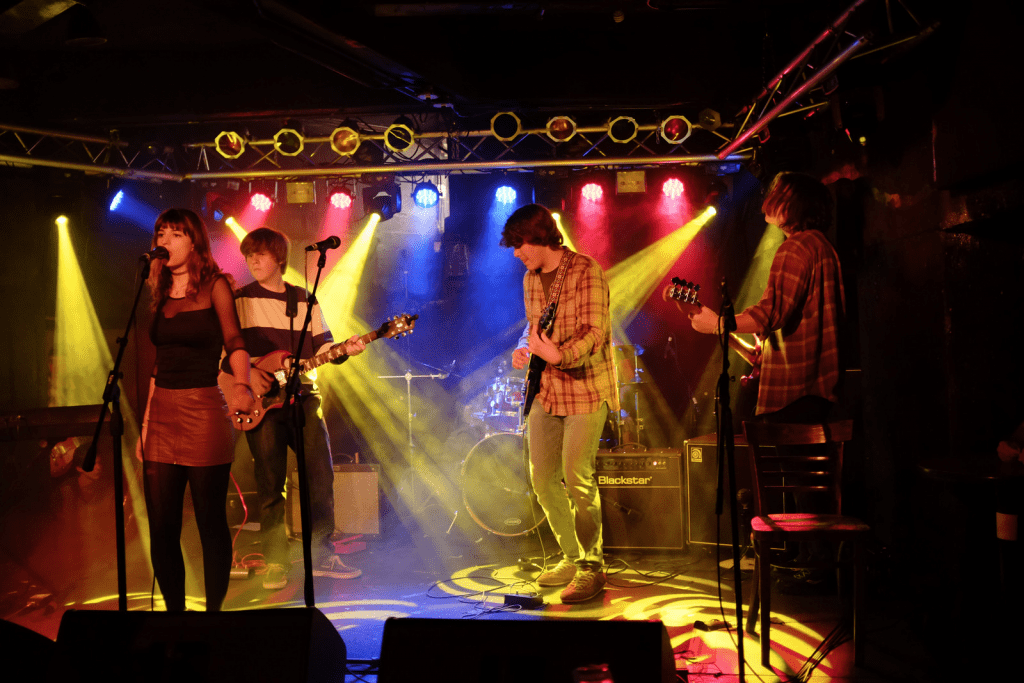 What is the teaching methodology at School of Rock?

The methodology is “real life.” We are teaching students to become musicians that can walk into any band, playing modern music, and pick up their instrument and play. We teach generally off charts and ear training, which is how music is professionally related in the modern era. Certainly our teachers can teach reading sheet music, but for the music in our curriculum, it’s often not the best way to communicate the tunes.

What was the inspiration behind the formation of School of Rock?

In 1996, a private music teacher – Paul Green – started inviting his students to jam-sessions together. When he saw how much more quickly the students developed as musicians, he made it official and founded the School of Rock. If you’re asking about Evanston and Highwood, our schools, our two founding Music Directors, Bryan Rezendiz and Gordon Patriarca, took the budding franchise idea to a buddy to see if he’d be interested in investing. He and his partner got on-board and School of Rock Highwood was born. 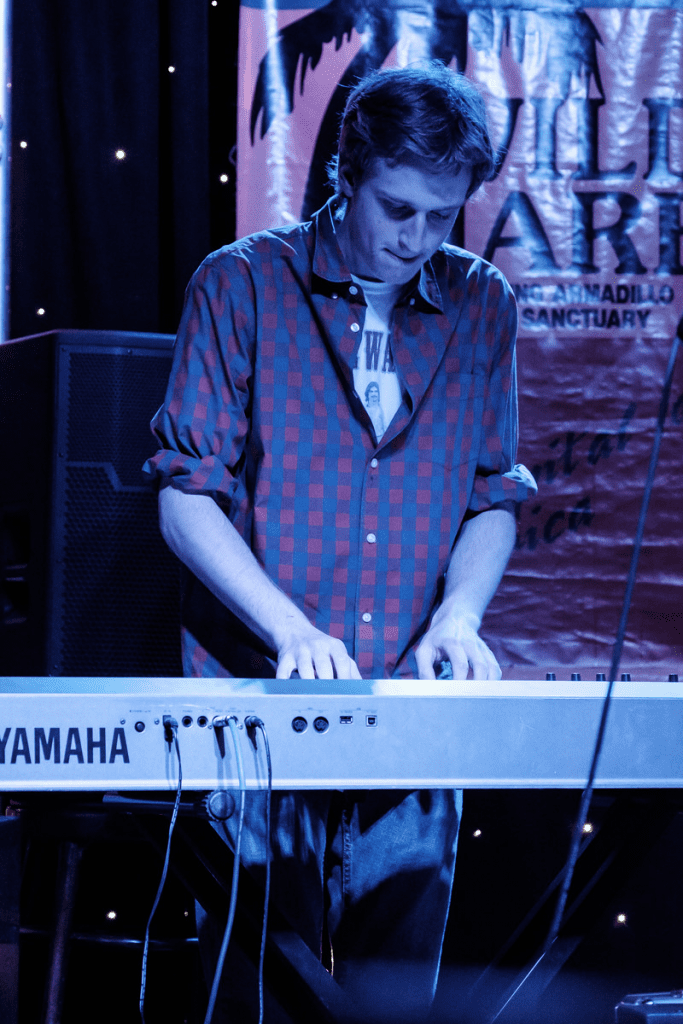 What was the most difficult road block encountered with regards starting School of Rock and/or opening its doors for the first time?

Getting the word out! School of Rock was a brand-new concept fifteen years ago, and we were in on the ground-floor of the initial expansion. It was a powerful place to be in the market, however no one knew what made us special, at first.

What sets School of Rock apart from your competition?

Our Staff and our Resources. Our Staff are all professional working musicians in the Chicagoland area, which puts them on the cutting edge of what’s happening locally and in the industry at-large. It’s not unheard of for one of our teachers to go out on a brief tour, or fly to LA to participate in a songwriters room. As part of the larger School of Rock network, we also have access to Resources like the methodology books and the new student support app, so our students have everything they need for success.

What’s on the horizon for School of Rock?

We recently expanded our schools, so now there’s more space to ROCK! We just kicked off our Winter show season this past January! 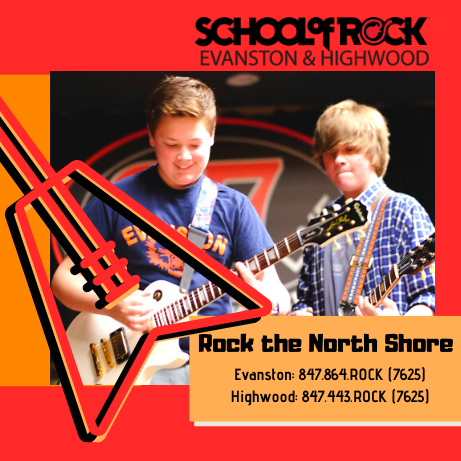 What is something that the kids and parents rave about at School of Rock?

The community aspect. There are kids that come to us who don’t feel like they really fit in at school, so they find their crew with other School of Rock students, instead. This is highlighted by our House Band – the only “audition only” program we have. This group performs at festivals and venues around the Chicagoland area every year from February-October. It’s awesome to see our students up on the stage at places like Navy Pier,
Edgefest, and Highwood’s Pumpkinfest! Many of our students end up forming bands with each other outside of the school, too. Lifelong friendships have formed between our students. We love it when our graduates come back to visit to tell us about the band they’re in now with their old friend from the halls.

What are your instructors up to when they are not teaching music?

When they’re not teaching music, most of them are playing it! All of our instructors are in various bands, both with each other and with other local musicians. For example, I am in a band (Where’s Maggie) with several of our instructors along with one of our adult students.

Any special events open to the public coming up?

You can follow us on Facebook for upcoming performances, including Houseband shows, Adult band shows, Teacher band shows, and more! 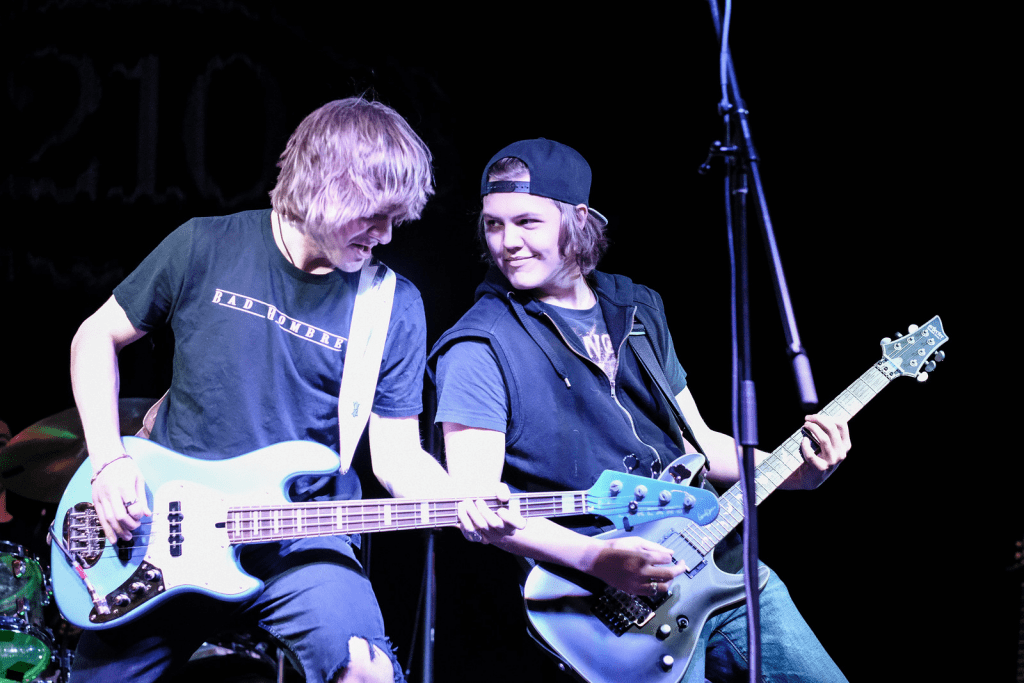 What is the best way for interested families to get in touch?

The best way to contact us is to go through our website and set up a free trial! CNSM readers can then take 50% off the first month of music lessons! Please reference this interview. 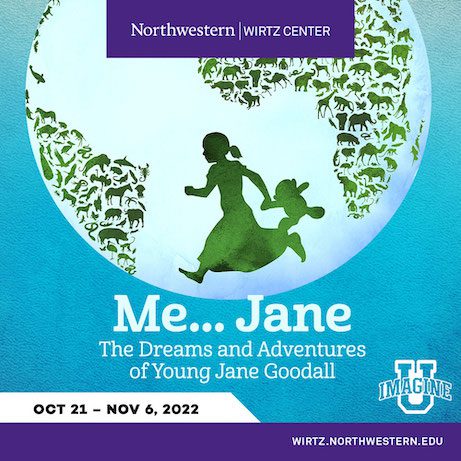