Businesses, would you like to add your event to our public calendar? Go HERE and fill out the calendar request form. Thank you to our calendar sponsor, Lori Nieman Real Estate 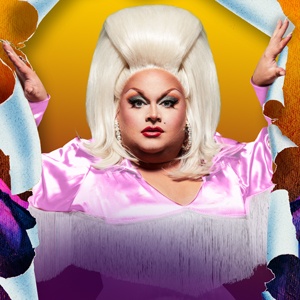 So much fun, it’s hard to keep everything straight!

The winner of six Tony Awards including Best Musical, Best Score, Best Book, and recently Best Revival of a Musical, La Cage Aux Folles is a night full of belly-laughs! Based on the hit French farce that also inspired Hollywood’s The Birdcage, this Broadway smash has a hilarious book by Harvey Fierstein and a score by the king of show tunes, Jerry Herman (Hello, Dolly! and Mame). The Music Theater Works rendition of this classic is guaranteed to be one of the most entertaining productions of the year.

We will transform the theater into La Cage’s elegant St. Tropez nightclub complete with an onstage bar and surprises lurking at every turn. And when a non-traditional family’s future in-laws come for a visit, the truth comes out in the wildest of ways!

Starring RuPaul’s Drag Race headliner, Ginger Minj, and with costumes by Project Runway designer Justin LeBlanc, this is an event you cannot miss!

Be a part of the show! Diamond level seats are cabaret tables on the stage itself!
Tables accommodate 2 per table.

Run time approximately 2 hours and 40 minutes, including one 15 minute intermission.

This one-of-a-kind add-on experience connects you with RuPaul’s Drag Race headliner, Ginger Minj! Don’t miss out on the opportunity to kiki with the self-professed, “glamour toad queen” as you learn all about her impressive career and her experience in La Cage Aux Folles. Take snatched pictures and ask questions about the show or Ginger’s career.

To purchase online, you will find the add-on available in the cart page of the purchase process.

GINGER MINJ reigned as The Comedy Queen from Orlando, Florida long before she was seen on RuPaul’s Drag Raceas a finalist on season 7 and season 2 of RuPaul’s Drag Race: ALL-STARS. She has toured the globe performing in sold out venues, performed showtunes for Broadway royalty on national television and recorded her debut studio album “Sweet T”. Ginger has landed roles in TNT’s GOOD BEHAVIOR, voiced the role of LEMON in Netflix’s SUPER DRAGS and starred alongside Jennifer Aniston in Netflix’s DUMPLIN’. In the words of Ginger herself, “Anyone who can pile three wigs on their head, squeeze their body into a beaded and rhinestoned gown and serve humor alongside the glamour, is my hero”.